Paizo’s Answer to the Red Box?

Among other things; Paizo have recently confirmed rumors they would be releasing a starter’s box in the same tradition as Dungeon & Dragon’s Red Box. For those that don’t know TSR (and Wizards of the Coast) have been releasing a stand alone starter’s kit providing an affordable means to get in, learn and experience Dungeons & Dragons. This kit is aimed at both beginner players and beginner Dungeon Masters.

With the very successful release of Pathfinder’s core rule book, and successor books, the game has hit main stream. It has been reported that the last two financial quarters have seen Paizo (publishers of Pathfinder) sell more RPG related material than Dungeon & Dragon’s sellers Wizards of the Coast.

“Learning to play the Pathfinder Roleplaying Game is about to get easier than ever before, as in just a few short weeks the Pathfinder Roleplaying Game: Beginner Box hits the shelves of a game store near you! With the imminent release of this mighty boxed set—filled to bursting with easy-to-master rules, multiple adventures, creature tokens, dice, a Flip-Mat play surface, pregenerated character sheets, tons of tools to start building your own campaign, and much, much more—here’s the first of several previews to whet your appetite for innovative new ways to tell the stories you’ve always wanted to tell and bring the adventure of tabletop roleplaying to whole new audiences.

To start things off, check out a few pages from the Bestiary chapter of the new Game Master’s Guide, or one of the four pregenerated character sheets included in the set, this one detailing everything you’ll need to play the dauntless cleric Kyra.

Game Master’s Guide Bestiary Preview: From the heart of the Beginner Box’s 94-page Game Master’s Guide, here are eight fearsome and familiar foes, exhibiting just a hint of their streamlined rules, and proving that easy to use doesn’t mean any less deadly.

The Pathfinder Roleplaying Game: Beginner Box releases this October, but be sure to check back right here in the coming weeks for more details, discussions, and exciting revelations about the newest and most exciting way to learn and play the Pathfinder RPG!“

I’m looking forward to this release. While I have acquired a few of the main rule books now I’d still like the opportunity to go back to basics to make sure I’ve got a firm grasp on all the intricacies of the rule system. It has been a while after all.

What do you think? Worth the $40 dollar price tag? I reckon it is… 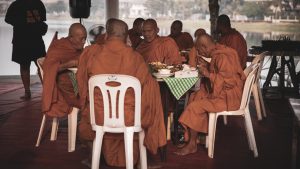